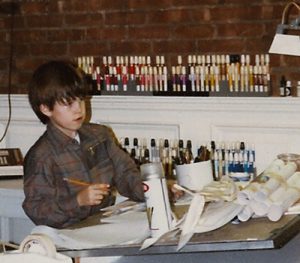 Joe is an artist and cartoonist from Long Island, New York. Early inspiration evolved from spending the summers of his youth, with his parents in their beloved native Croatia. Joe remembers his summers in Croatia as good times, and his work reflects the beauty of his parent’s homeland. Summers along the Adriatic Sea and the local islands of Krk and Losinj served as a rich source of reference material and inspiration for many of Joe’s early oil paintings. The rocky Adriatic coast, its islands and local scenes continue to inspire his artwork today.

Early on, Joe’s love of art was apparent. An only child, at age four his mother gave him a set of crayons and his art career was born. Initially, he started by drawing Garfield but moved on to other subjects, particularly landscapes and portraits. Joe packed his briefcase of sketching materials and took it everywhere with him as a child; including family weddings and functions. With sketchbook in hand, he sketched cartoons and drew from life everything, anything, and everywhere he went.

By age seven, he began taking classes at the Roslyn School of Painting, studying under the accomplished portrait painter, Charles Pasqualina. At age fifteen, he was accepted into Parsons Summer Studies Program in New York City. Joe studied at the School of Museum of Fine Arts in Boston, Massachusetts completing his studies in 1998. 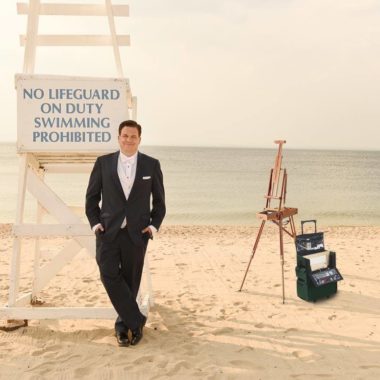 Joe’s style of oil painting is a combination of both impressionism and realism. His work reflects painterly attention to light, color and mood. Monet, Mihanovic, and Banksy are just a few of the artists that inspire him. He pays particular attention to the color of sea and sky in his marine paintings. Joe’s Croatia Series, captures the essence of light and color found on the Adriatic Sea.

The artwork of Joe Maracic has been in numerous one man and group shows. His oil paintings have been displayed in the Croatian Consulate’s office in New York.  Joe’s toons has been seen on tv, at sporting events (Big Mets and Islanders fan), and across social media.  His original paintings, cartoons, and limited edition prints are proudly displayed in private and corporate collections.

Joe’s primary focus for almost three decades has been as Creative Director at LoudEgg. Bringing his art background into the digital world has made each project he has taken on truly unique. In the summer of 2021 Joe joined forces with MaxPlaces and MaxBurst, a digital marketing agency in New York. Joe currently also teaches oil painting part-time at the Roslyn School Of Painting.

Joe resides on Long Island, NY with his wife AnnaMaria, and daughters Lia and Scarlett.